We're up to Build 0082.  This new major release of the AccuRender and nXt product line now includes a plugin that works entirely within AutoCAD just like previous versions. It's got a ton of new features and is available for free for a while.  Take a look and let me know what you think.

I'm still mulling that one over.  I took it out because it's very confusing to people about when to use mapping or when to use a local transform in the material-- and how the two interact.  I can put a rotation back in pretty easily, a lot of other rendering packages include this ability.

BTW-- how many passes (Samples Per Pixel) were reported in your farm rendering?  I ended up with 5351 on my 1 hr x 32 core cloud rendering.

I got the decals working, but if I then edit one of the materials, the decals disappear when the model reloads. If I then close ArStudio and re-launch it, they're back again.

I'll give that a try later this morning.  I may ask for more details or a model next week.

Posted build 0085 which addresses this.

Everything seems to be working fine now, except that spotlights don't glow. In other words, the light source is not visible.

It seems to be connected to the beam angle.

The other factor is the size of the light, in particular it's area.  Decreasing the radius of disk by a factor of 2, for example, will cause the surface brightness to increase by a factor of 4.

This is where glow would be useful.

I've noticed that the beam angle in AR Studio is double the value in nXt.

This would explain why the spotlights virtually disappear at a beam angle of 25.

The actual angles internally are the same-- nXt just expresses it as a half angle.

Glow is actually a really big cheat.  It's a light that appears when we look directly at it or see it in a mirror.  Which begs the question of what happens when we see it in a glossy surface?  In nXt I cheat by reducing the effect as the surface becomes more diffuse by some arbitrary amount.  I'm no longer willing to do this in the current engine-- anything that glows is a light source.

However, nXt spot lights had a setting called "diffuse" (I believe) which allowed a portion of the light to be transmitted diffuse (beam angle = 120).  This could accurately model a recessed fixture where there is some diffuse leakage due to reflection from the can.  I can add this back pretty easily-- it's really just a more complex distribution.

You can see from these photos that distant spots look just as bright as the close ones: 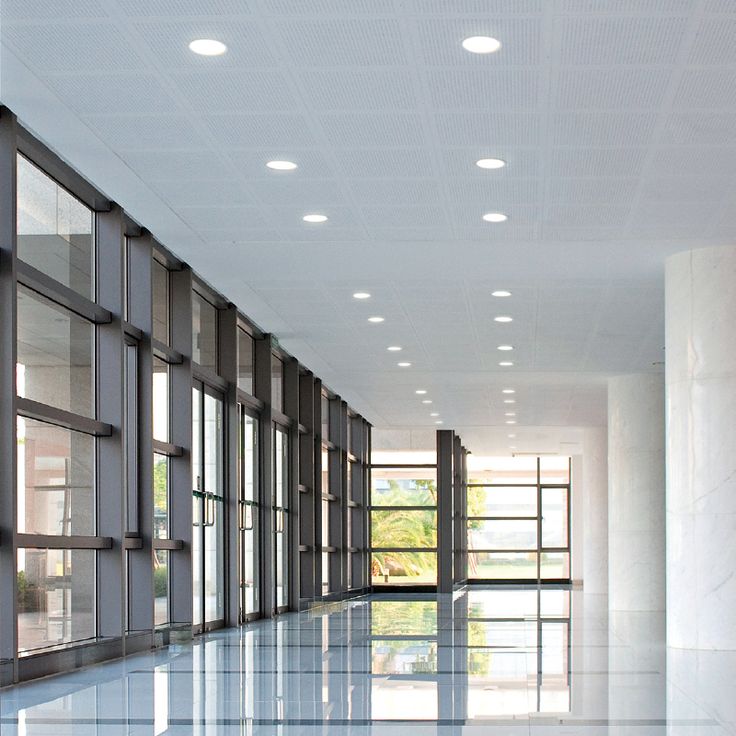 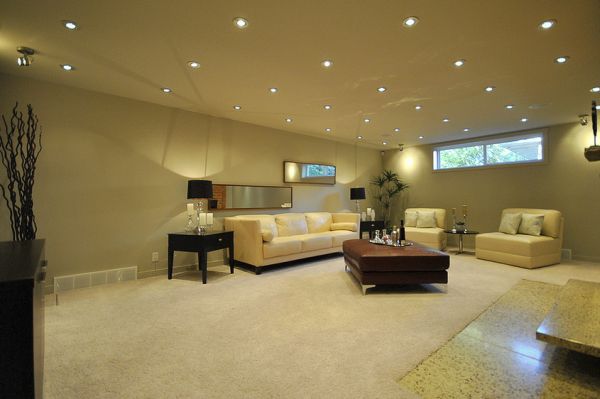 However with ArStudio the distant ones are dimmer because of the viewing angle: 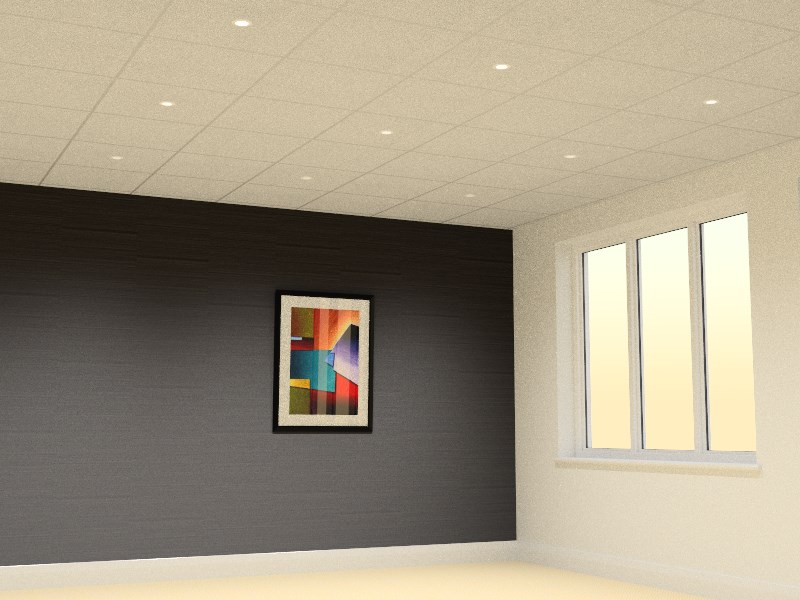 I agree that what you say is technically accurate, but in the real world it doesn't actually work that way

They're quite a bit dimmer in the photos-- you're also probably seeing the sides of the cans in the more distant ones.  Like I said, I can do a more complex distribution from the light that will mimic this-- I can even draw a diagram of the distribution in the interface and have the default include some of this leakage.  What I can't do it cheat.  (I will check and make sure my calcs are correct before embarking on any of this-- it's also possible that I've made a mistake here, either in the basic translation-- or in the interpretation of nXt's beam angle.)

Roy Hirshkowitz replied to Peter Milner's discussion Multiple cores
"Sort of-- nXt has a hard-coded max of 32 but you get diminishing returns before than point.  If you go beyond 32 they can sometimes be used, depending on the load.  I guess I would still think of 32 as a practical limit. ArStudio should…"
yesterday

Is there a maximum number of cores that Accurender can utilise?See More
Monday
1 Comment

Rich Hart replied to Charles Farmer's discussion AccuRender
"Sorry for the problem you are having getting support. I had replied to your support emails but had not heard respones back from you. Perhaps our support system emails are ending up in your spam filter. I'll resend those emails directly to you,…"
Mar 6

Purchased a new subscription to Autodesk. When I logged into Autodesk, it automatically upgraded my version I was using and installed 2021 version. Now my AccuRender NXT does not work nor will it load on 2021 version.I have spent the last 3 weeks trying to get support but I am not receiving anything.I have paid and downloaded the latest version of NXT but it's not working nor is the support working. Having been an NXT CUSTOMER for many years, I am extremely disappointed in the support.Not sure…See More
Mar 6
1 Comment